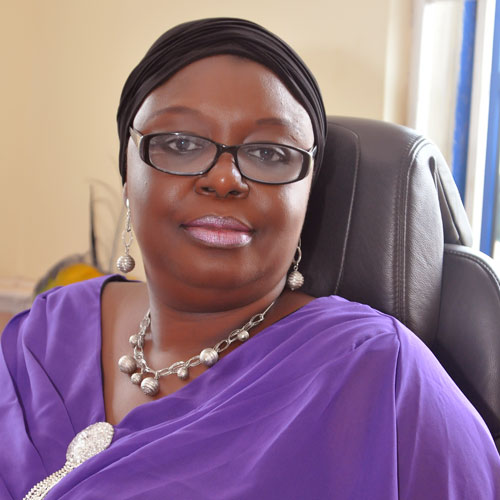 Mrs. Oladunni Adewuyi is the Director and visioner of Riverside Schools Isheri. An Accountant by training, she had her Primary and Secondary Education at Grange School Ikeja and Government College, Ikorodu, both in Lagos State. She attended Ogun State Polytechnic and University of Benin, where she studied Accounting before working at Deloitte Haskins and Sells (now Akintola Williams Deloitte & Touché). Mrs. Adewuyi excelled in the Accounting profession, qualified as a Chartered Accountant in record time and later joined Devcom Bank Ltd where she rose to the position of Financial Controller before a brief stint at Friesland Foods as a Senior Internal Auditor. These experiences prepared her for the Administrative expectations in her present role.

Her love and passion for children prompted her to establish Riverside Montessori School, Isheri in September 2009. However being an astute and detailed individual who never leaves any stone unturned, she enrolled for and obtained a Post Graduate Diploma in Education at the University of Lagos. She also has an International Montessori Diploma from the Centre for Montessori Education, Lagos. She has attended several seminars, workshops and conferences in the United Kingdom, United States of America and within the continent. These experiences served as the impetus to grow Riverside Montessori School into a household name, a reference point and an institution to be reckoned with when it comes to 21st century teaching and learning and raising global citizens and innovative problem solvers.

A strong advocate for the inclusion of core skills in the teaching and learning process, the soft spoken, diligent and dogged woman strongly believes that children MUST be considered first at all times and an ideal teacher should BE DISCIPLINED & THOROUGH. She is a life coach, counselor, mother to all who come across her and mentor to several youths, teachers and school owners.

Riverside Schools is a group of fast growing schools located in the serene environment of Isheri OPIC Estate, Ogun State. The environment is a “home away from home”.

Enroll your children for the best education at Riverside